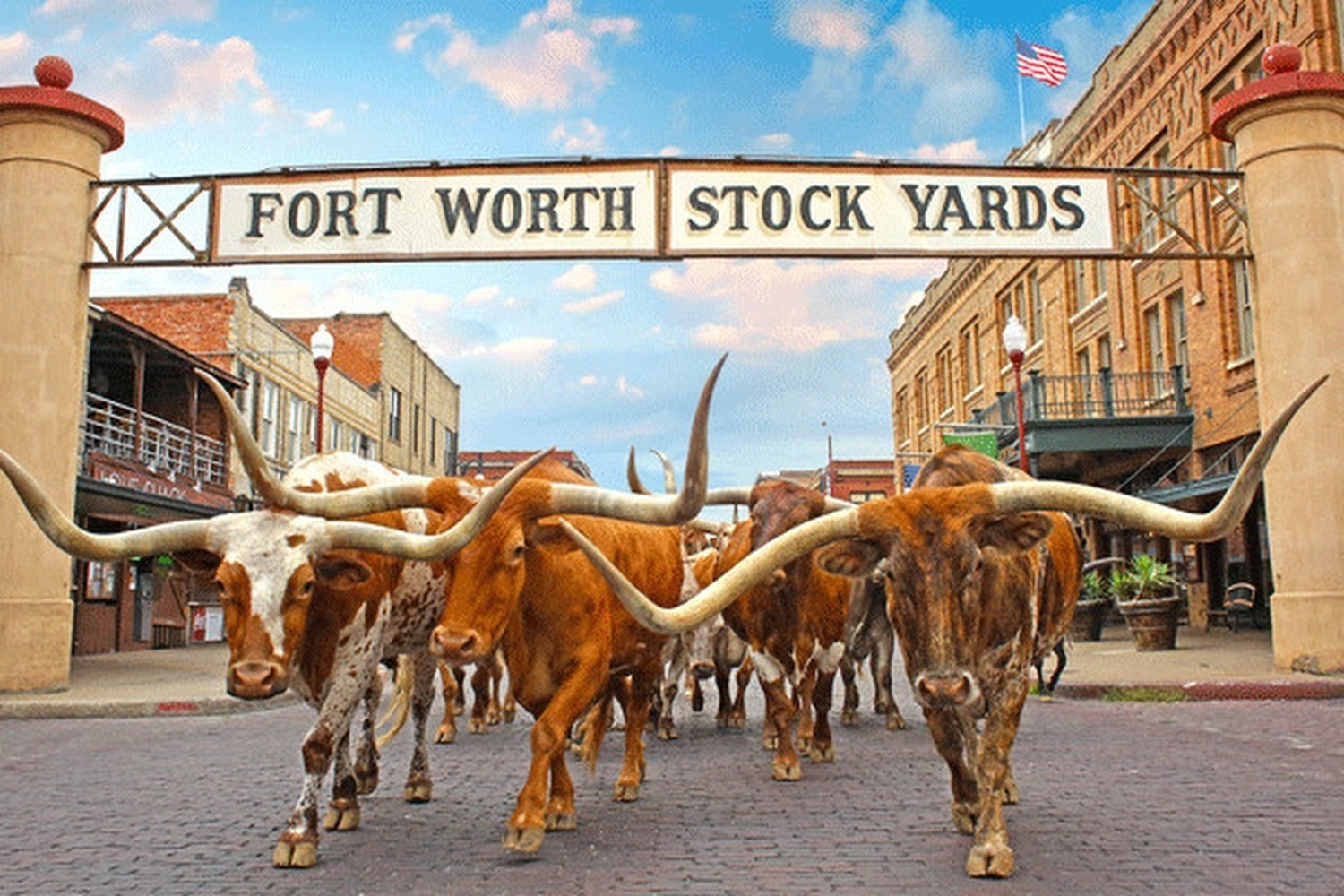 On Travelling Time’s Big Texan Adventure, we take you on a wonderful trip around four of the best known cities in this huge State. No tour around the Lone Star State would be complete without seeing them. We will combine history and music on this fun tour!

San Antonio – A major city in south-central Texas with a rich colonial heritage. The Alamo, an 18th-century Spanish mission preserved as a museum, marks an infamous 1836 battle for Texan independence from Mexico. Following the San Antonio River, the beautiful River Walk is a landmark pedestrian promenade lined with cafes and shops, while the 750-ft. Tower of the Americas overlooks the city.

Austin – Not only the capital city of Texas, but also the States’s music Capital, who’s official motto is the “Live Music Capital of the World” because on any given night, one can find over one hundred venues showcasing a wide variety of free – live music performances centered around country, blues and rock. Austin is also home to the University of Texas and Formula One’s Circuit of the Americas raceway which has hosted the United States Grand Prix.

Dallas – This modern metropolis in north Texas, is the commercial and cultural hub of the region. Downtown’s Sixth Floor Museum at Dealey Plaza commemorates the site of President John F. Kennedy’s assassination in 1963. The lively Deep Ellum entertainment district is known for its vibrant street murals, quirky art galleries and long-time concert venues for indie and blues. Brewpubs, cocktail bars and Tex-Mex eateries and of course The Deep Ellum Brewing Company offers tours, tastings and events.

Fort Worth – is also a city in North Central Texas. In the late 19th century, Fort Worth became an important trading post for cowboys at the end of the Chisholm Trail. Today, it’s a modern city, with international art institutions like the Kimbell Art Museum. However, the Fort Worth Stockyards are home to rodeos, and the National Cowgirl Museum and Hall of Fame honors pioneers – making it a must see for visitors to the city.

By choosing an exclusive Travelling Time Tour in the USA* you will get rid of the stress of driving and you won’t need to lift a finger because we will take care of everything, leaving you to relax and experience the most from all the fabulous places you have always wanted to see!

On our exclusive tours, you will enjoy the short journeys between towns and cities on a luxury, air-conditioned coach. Both a knowledgeable tour guide and a member of the Travelling Time Team will be on hand to provide a deeper understanding of the landmarks and make sure that your trip is as enjoyable as possible. A combination of perfectly planned sightseeing trips, live music experiences, fantastic attractions and loads of free time to explore the wonderful towns and cities you visit – make Traveling Time’s Tours* the best way to see the USA

On The Big Texan Adventure, you will spend 2 Nights in San Antonio, 2 Nights in Austin and finally 4 nights in the Dallas/Fort Worth Area.

REMEMBER – A great add on to this tour is New Orleans – or doubling up with our back to back Bourbon, Beale and Broadway! Call now us to discuss your options.

Any cookies that may not be particularly necessary for the website to function and is used specifically to collect user personal data via analytics, ads, other embedded contents are termed as non-necessary cookies. It is mandatory to procure user consent prior to running these cookies on your website.